I love seeing some of the greats return in the spring to help out. The continuity of talent is important to a building program.

Andruw Jones arrived on Thursday to serve as the first guest instructor at Braves Spring Training this year. The 10-time Gold Glove Award winner will spend time with Cristian Pache, the rising prospect he labeled as the organization’s top defensive outfielder.

Jones will also assist Johan Camargo and Austin Riley, a pair of infielders who are expected to see some time in the outfield during the Grapefruit League season.

“[Jones] is going to be here for a few weeks,” Braves manager Brian Snitker said. “It will be good to utilize his experience and everything he’s got. He’s more than willing to help those guys.”

Camargo’s role as a super-utility player could lead to him logging time as an outfielder. The Braves are going to give Riley outfield instruction in case there is a point this season where they need to find a way to add his bat to the lineup.

“I want to get [Riley] some work in the outfield before we get him in there for a Spring Training game,” Snitker said. “We’ll get him some drills. It might be a while before he gets out there, if he does.” 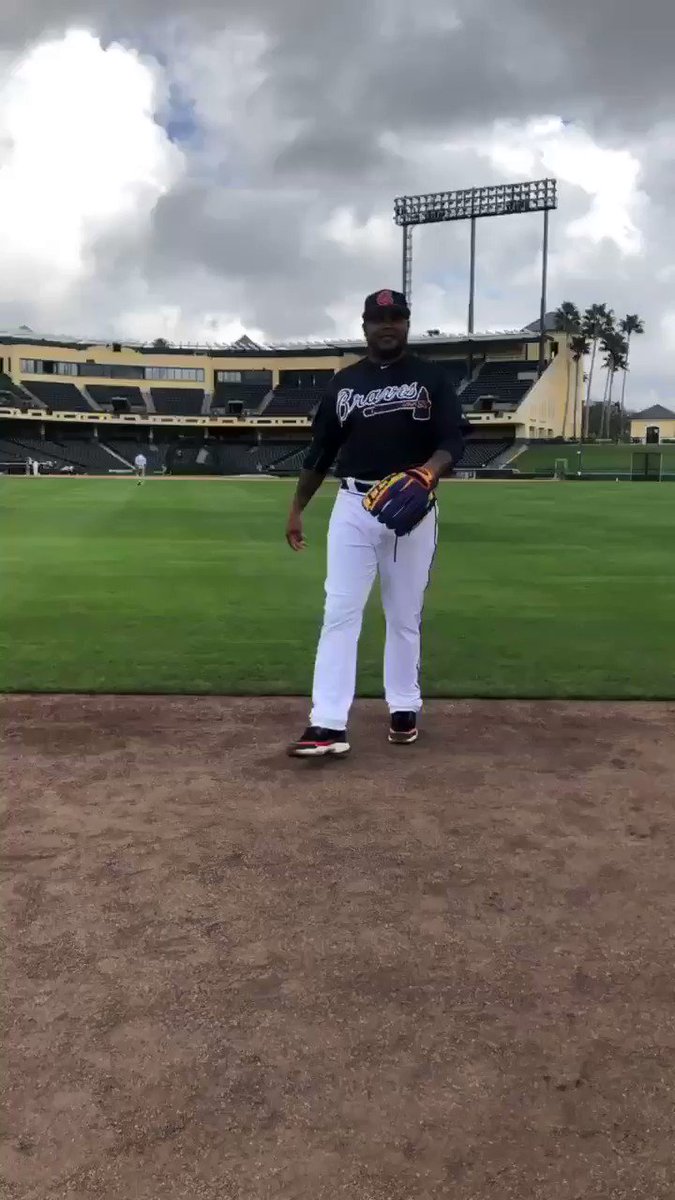 Chipper Jones, Dale Murphy and Fred McGriff are among the other former Braves expected to serve as guest instructors during Spring Training this year.