By winning the fan vote as the #1 overall card in the 2019 Topps base set, Ronald Acuna, Jr. joined a very elite club in Atlanta Braves history.

For the last few seasons, Topps has held a fan vote for the #1 card in each season’s set. Mike Trout won that first fan vote. This year’s set will be headlined by the Atlanta Braves own Ronald Acuna, Jr. 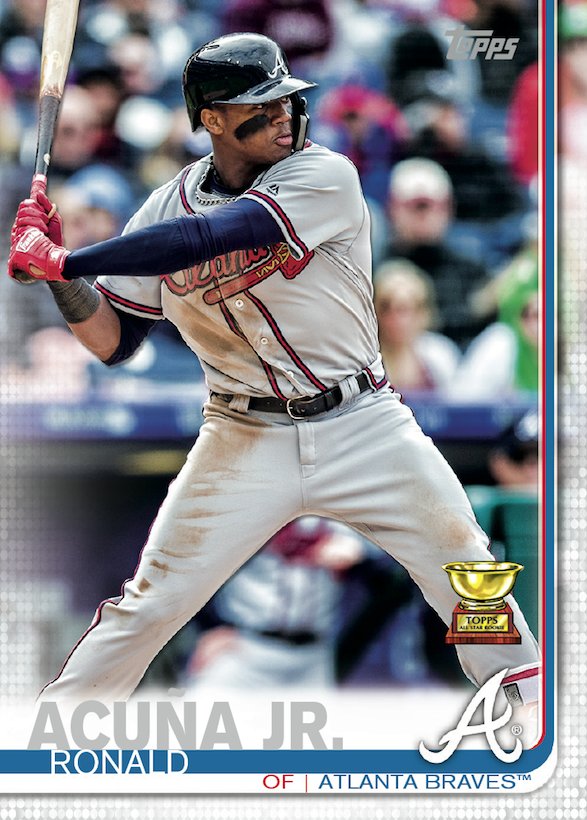 Acuna joins just one other player in the history of the Atlanta Braves organization who has ever been the #1 card in the Topps base set, Hank Aaron.

The Topps base set began in 1952 with Andy Pafko as the first #1 in Topps history. While many card companies have come and gone over the years, Topps has remained the industry standard among baseball card collectors.

Aaron holds the record with 5 appearances as the #1 card in the set. He was part of a leaders card in 1963. As he neared and passed Babe Ruth‘s home run record in the 1970s, Aaron appeared as the first card in the series four straight seasons from 1973-1976, the first of which he shared with Ruth and Willie Mays.

The Atlanta Braves will be represented very well in the 2019 Topps set, with 10 player cards in the base set, a variations card, and a whole host of inserts celebrating 150 years of professional baseball, the 1984 set (one of my personal favorites), and even a 30-card set of Acuna highlights.