It is time to think about opening day. Here are some thoughts from Mark Bowman at MLB.com. Previewing Braves’ 2018 Opening Day lineup

“Now that the Grapefruit League season has reached its end, it’s time for the Braves to get a better feel for where they are with their rebuilding process and possibly prove to be one of this season’s most surprising teams.

“This will be a transition season for the Braves, who have the potential to vie for their first winning season since 2013. Top prospects Ronald Acuna Jr. and Mike Soroka should join Atlanta’s roster at some point this year.

“But with Opening Day just three days away, here is a look at how the Braves will look during this season’s early stages.” 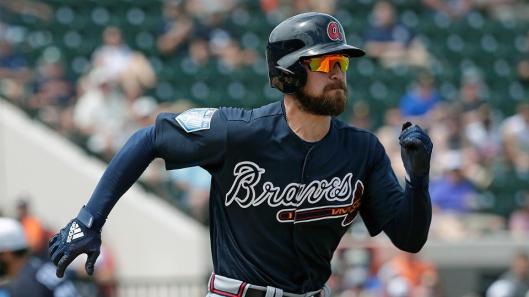