On January 6, 1937 the Giants purchase the services of Tommy Thevenow from the Reds. The shortstop will never see action for New York, when the team trades the 33 year-old to the Bees (Braves) for infielder Billy Urbanski, who will also never play a game for the club.

Thevenow epitomized the good-fielding / weak-hitting shortstops that prevailed in the era, ending his career with a fielding percentage of .947, but a batting average of .248 while hitting only two home runs in his 15-year career.

He hit two home runs in 1926, both inside-the-park home runs, and then never hit another home run in his next 12 seasons, setting a major league record of 3,347 consecutive at bats without a home run. 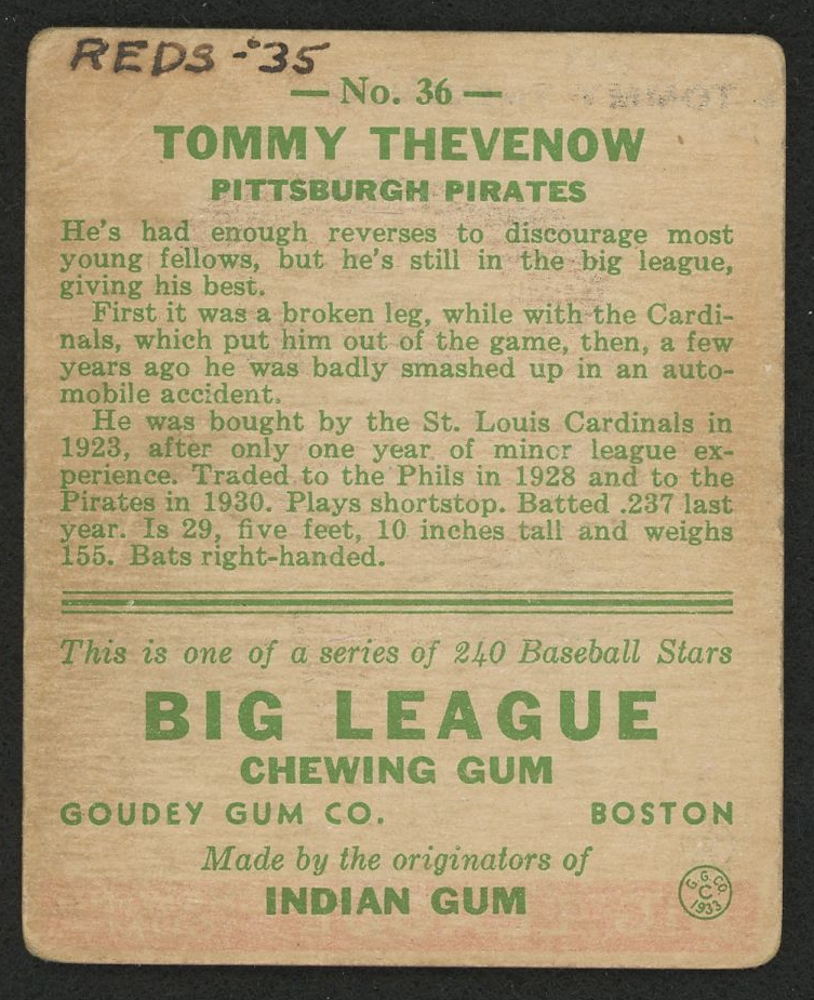