On April 4, 1974, in front a crowd of 52,000 at Riverfront Stadium on Opening Day in Cincinnati, Hank Aaron ties Babe Ruth’s all-time home run record of 714 by hitting a first-inning two-run homer off Jack Billingham.

The Atlanta front office had considered keeping ‘Hammerin’ Hank’ on the bench during road games so the slugger could try to equal the mark in front of the hometown fans, but commissioner Bowie Kuhn ordered the Braves to put the outfielder into the lineup for at least two of the three games against the Reds.

And so they did. And Hank tied the record in Cincinnati.

But, he saved the best for Atlanta and broke the record there. 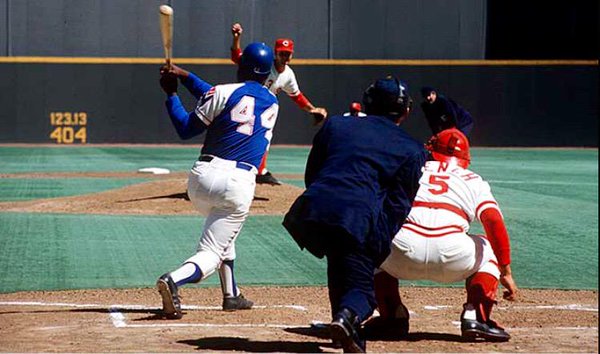