On November 3, 2015, Hank Aaron received the Order of the Rising Sun, Gold Rays with Rosette, for efforts to bring the two countries closer together. In 1989 he founded the World Children’s Baseball Fair with Japanese counterpart Sadaharu Oh. The organization hosts weeklong camps for kids that have been held in 20 Japanese cities.

Hammerin’ Hank, one of 89 recipients of imperial decorations in the fall of 2015, has visited the country on many occasions, including a 1984 visit to Korakuen Stadium where he gave a speech to a crowd celebrating 50 years of baseball in Japan. Most recently, the 81-year-old legend celebrated his organization’s 25th anniversary at summer 2015 events in Chiba prefecture, near Tokyo. 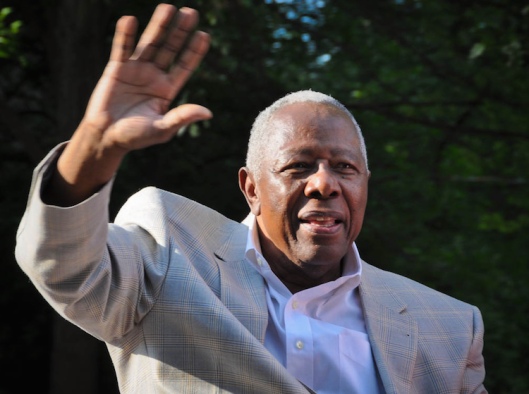